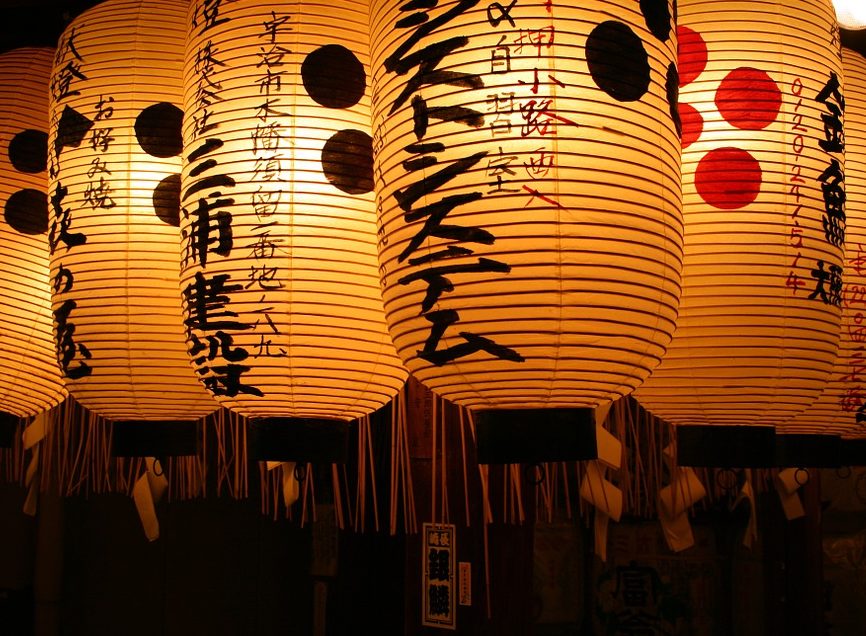 Tokyo, Japan can be an exciting place to live; A high-tech country with a rich cultural history that date back thousands of years. Being an island country, Japan imports most of its consumer goods, which makes its cost of living comparatively higher.

Japan has a strict visa processing and is relatively identical for residents of any country. Probably, the hardest to get document is the certificate of eligibility. Its a certified letter is given by a Japanese person (an employer for the most case) who guarantees to provide you with financial support when you are in Japan. If you are going to Japan to study, you would need a similar certificate of eligibility from an educational institute. Being a foreigner, getting a job in Japan is difficult, unless, you have a high education degree or any particular skill which are in demand in the country.

What will cost the most?

Among everything, accommodation cost will be significantly higher. A one-bedroom apartment in the city center would cost you nearly $1100 per month. To buy an apartment, the price of per square meter will be roughly $11000. Food too is relatively expensive, which is why, most people choose to dine out, which is cheaper compared to, cooking at home. Education is also costly than most countries; with a student visa, a year’s tuition fee would start around ¥700,000 which is nearly $6500. However, it also includes a year of free Japanese lessons and the student visa would enable you to work part-time along with your education.

What makes life in Japan challenging for a foreigner?

Most importantly, living in Japan can be challenging; you have to learn its language, culture, and other customs. Your career success and business opportunities would largely depend on these soft-skills. If you find it hard to learn their language and customs, it would be nearly impossible for you even to make friends or get ahead in your career; let alone living in Tokyo for the rest of your life! If you don’t have a high paying job, you will have to live somewhere away from the city center for which you have to commute to work on public transportation. Although public transportation is cheaper and would most likely be covered by your employer; commuting can be exhausting and stressful.

Other than the cost of living, the cultural difference can be a significant challenger for foreigners. Even if after living in Japan for decades, you would still feel like an outsider. The Japanese would never consider you a part of their culture, also if you speak fluent Japanese and have lived there for decades.

Why Would You Love Living in Japan?

What You May Not Like About Living in Japan

In an average, a lunch in Tokyo will cost you nearly ¥1000 which is under $10. In many restaurants and shops in business locations, you will get ‘one-coin meal’ which will cost you ¥500 or under $5. For a lunch Tokyo, $5 is pretty cheap. However, for dinner, you should look to pay over ¥5000 or $50 per person in a good restaurant. If you want to dine in Izakaya – traditional Japanese pub, you could spend between ¥3000 and ¥6000 per person which includes snacks and sake.

People purchase their groceries either from supermarkets or private shops.

Daily necessities such as diapers and toilet papers produced in Japan is of high-quality as well as reasonably priced.

Public transportation cost including train and bus fare depends on the distance you want to travel. For most of Tokyo’s businesses, the standard taxi fare is nearly ¥430 or $4.3 for the first 1.059 km plus ¥80 or $0.8 per 237 meters.

Renting an apartment in Tokyo will take a large chunk of your paycheck. Living in Tokyo is expensive, and accommodation is the highest. However, we discuss other neighboring spots where you can get a decent apartment at a lower cost.

According to 2018 rankings, Yokohama is the most popular station to live, leaving Kichijōji – the former most expensive spot to the second.

Yokohama is the most popular for its easy access to many train line and is well-known for being a place where you can get anything. There are many JR lines along with private railway companies. Yokohama gives easy access to all major metro cities.

Kichijōji once used to be the most popular neighborhood in Tokyo. From singles to families, all love this place for being a great place to live in. It has an extensive shopping district with all types of smaller and bigger shops. Where Kichijōji is a place of comfort, Ebisu is a more posh and fashionable place to live. All cosmopolitans love this place!

Shinagawa is the 4th most sought after spot by people who want to settle in Japan. The station is now getting a significant makeover in preparation for the Olympic and Paralympic Games in 2020.

Ikebukuro is another great town where people love to settle for its easy access to multiple train lines, shopping, entertainment, and gourmet conveniences. That said, the north side it has a bad reputation for being a dangerous area, but the south side is fun and most popular among single women.

Even in the neighboring town, house rent can differ significantly based on where you’re staying. According to a survey, living along in Tokyo’s 23 wards in a 1K/1DK 13-35㎡ apartment will cost your more than ¥80000 or $800. Other real estate companies say that the standard cost for a 1K/1DK apartment is higher between Tokyo Station and Shibuya Station; here people pay 1.5 times more than the average price. Typically rent at anyplace inside the JR Yamanote Line is higher. Some expensive places include Ebisu, Shinjuku, Roppongi, Akasaka, Omotesando, etc that are in office and commercial places.

Leaving the city center, you can find great apartments at a much lower price. Here is the list of the station, where house rent is cheaper than Tokyo city center.

East Side of Tokyo’s 23 Wards

West Side of Tokyo’s 23 Wards

Northern Side of Tokyo’s 23 Wards

Other Tokyo’s large stations, there are other smaller but convenient spots where living cost can be relatively cheaper and is just 30 minutes to 1-hour ride from city center. One such place is the Kitasenju which gives you access to 5 subway lines. Many families settle here for its relatively lower cost of living, convenience, traditional shopping streets, and fashion complexes.

Wakōshi is another great city to live which is in the border of Tokyo’s Tadashi ward and Saitama Prefecture. It has access to the terminal train station of both the Tokyo Metro Yurakucho Line and Fukutoshin Line giving people comfortable access to central Tokyo.

For families with children, the Bunkyō Ward is the most popular. It is called the academic city for its educational and medical institution. It is also a safer alternative for families who want a peace of mind.

Where to Get Apartment at Cheaper Rent?

According to the survey from real estate agencies, the rent for a 1K/1DK apartment in this place is cheaper.

Katsushika is one of the places where rent and commodity prices are cheaper. This downtown has a local charm. The Shibamata area is the most popular spot for both Japanese and Americans. The area offers good residential area and multiple supermarkets making it a cheaper and convenient place to live.

Adachi is yet another cheap area to live with convenient access to central Tokyo. The place once had a bad reputation for being dangerous, but the government has many patrols, which has made Adachi a safe place to live.

Edogawa is a favorite place for families for its natural beauty and access to train lines. However, the Tokyo Metro Tozai Line is quite crowded, which many would find uncomfortable.

Most Expensive Place to live in Tokyo

When to take food or drinks from vending machines and bars, you should consume your drink there. Even the street vendor provide a small area where you can eat your food. In the train, you will have a foldable tray or a dedicated space for eating or drinking; but drink or eat on the street.

03. Do Not Leave Your Trash Behind

You may not find many trash bins along the streets of Japan, that’s because it’s a common courtesy among Japanese to hold on to their trash. They are later dumped in the bins at your house or near the ones in the vending machines.

It is a common practice to pour each other’s drinks when you are with friends and not considered polite to pour your drink.

If you want to offer someone a piece of Japanese delicacy doesn’t use your chopsticks, instead use a new one; using the same chopsticks that you have used to eat to share food is frowned upon.

06. Do Not Leave Your Chopsticks Standing Upright

This symbolizes death in Japan and is extremely rude to stick your chopsticks upright in the food or pointing someone with chopsticks. Moreover, don’t play around with your chopsticks as many westerns play it like they are beating drums.

Pointing at anyone using index finger is considered threatening, which is why it should be avoided. For directions, you should show it with an open hand.

08. Do Slurp Your Noodles

If you slurp your noodles, it suggests that you are enjoying your food and for which the chef would be very happy. In fact, it’s not customary to bit noodles in half but to slurp.

Leaving money as tips are not considered polite in Japan, even if the service was very good.

Counting change suggests that you don’t trust the seller. Japanese culture is built on trust and respect, so avoid counting change after purchasing your item.

11. No Phone Calls On Public Transport

It’s considered impolite to talk on the phone on public transport; in fact, you will notice that everyone is quiet even during rush hours. It would be better to text than to talk loudly on phone.

If you have to meet someone, you should be on time. Japanese people respect the time and are never late. You could miss your train if you are even late for a few minutes.

Take off your shoes or slipper when walking on a Tatami. You may also have to take it off in some restaurant, museum, someone else’s house and other institutions.

If you are visiting your Japanese friend, it is customary to bring nicely wrapped food, drink or gifts. It’s also customary to return gifts of equal or more value.

When in a group, Japanese people with the wait for everybody to get their first drink, then say kanpai and drink.

Business cards are given and received with both hands.

It is frowned upon to interrupt people when they are speaking or thinking of an answer. It’s better to be patient and be with a short period of silence than to interrupt.